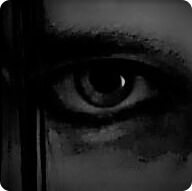 This personal blog is based on my experiences since I was a child. I am slowly digitizing my journals which include spirit photos, psychic drawings, written script and in depth unknown information. I have also included from my journals newspaper, magazine and digital media from Canadian sources.

One thing I have learned through my Journey is that the light is not always divine and darkness not always evil.

Family Home on my Fathers Side / Funeral Home

Generational Family Home on my Fathers Side
Funeral Home / Morgue converted into Home.
1700s to Present.
Location: Port Colborne, ON in Canada

My grandparents on my fathers side lived in Port Colborne, ON. Closer to Nickel Beach area. Like a few minutes in walking distance away. The home was in the family for a few generations that I know of. I won't give the exact location because it was bought, flipped then sold recently. Don't want to freak out the residents if they get activity.

The home had 2 parts. The main home then the 'carriage house' in the back a bit. It was converted into 2, one bedroom apartments before I was born. My dads uncle lived in one of those apartments. Both in the past were owned by my dads side of the family. My dads side owned alot of property in the 1800s, homes and business'. Its a small city on the shores of Lake Erie. Canadian side.

The home was originally a funeral home with included morgue. The home had a small layout. No basement a main floor, upstairs, a huge backyard with a large tree and that carriage house. The 2 front doors were located one in what later on became the kitchen the other the living room. The living room used to be the 'wake' area. The kitchen I think the prep area. Then one back door leading out into the backyard. The main floor also had one small bedroom near the stairs going up. It was used as a bedroom and for other reasons I will talk about later. The upstairs had a small office, 2 bedrooms a large open area, a small old clawfoot tub in a bathroom. Maybe in the past they were offices and such.

I was no informed about this house until I got older. By then my grandparents had passed and other family moved in.

As a kid every time I went I felt like I was being crowded or followed or felt ill. Back then no one talked about this kinda of stuff. It was taboo. So I kept it to myself or told my mom. The main floor was more mellow in energy. But once you slowly head up the steep, thin creaking old stairs to use the bathroom. The air felt like it changed. My siblings noticed it too they felt scared going up there. At the top of the stairs I would feel being watched. Would see shadows of people, hear voices mostly gentle talking or whispers, doors would move, could hear walking what sounded like shoes on the wooden floors. The mirror at the end of the hall as I got closer to the bathroom would ripple some sort of apparition at times.

This went on for years. If I napped on the smoke filled couch in the living room, I would get weird scary dreams of people standing over me.

My grandfather liked that kinda of stuff. We would watch the twilight zone and the gallery on tv on reruns from his time.

When my grandfather passed in hospital over 20 years ago. After his funeral during the party back at the house I went upstairs. The small office room he used for himself. A do not enter area when I was a child. I sat in his chair.

I could hear the walking on the floors again, doors opening and closing gently, whispers and a bit louder conversations. It got so loud I walked into the hallway and asked for some silence during this time. It went quiet. I thanked them and went back into his office for a while. I did have one weird experience my father still asks me about to this day. He said I came down out of his office with written messages in his hand writing for people and placed it on the fridge. I do remember the look on my dads families faces. They went pale and just sat there. Slowly I came too and sat down and ate a bit.

Later on I found out many family members have passed in that home. In my time and the time before me. Many wanted to die at home, so they were placed in the small bedroom on the main floor. I won't name in my lifetime whom passed there. Nor before it. For privacy and respect.

A couple years back the house was for sale, sold and then renovated/flipped. Then sold to a new family. The pictures would be too similar for outside changes, so I will not include photos of the home either.

During the time my relatives lived there I would have dreams about the place. I could go there to get the connection to find my grandfather and his bloodline. They don't live there in spirit, its just a connection kinda thing to locate. Similar places 2 people can meet.

The dreams actually cleared alot of stuff up from when I was a child.

Like the sounds upstairs were his past WW2 buddies visiting him, family connected to the land and his ancestors and others were spirits passing through. Kinda portal, kinda not kinda situation. Nothing was evil, or had Christian demons. Just a place to meet and connect with.

As I went back through the years passed family in my life time would show up for messages for living family. The holidays I still get a page full to give out to people.

I started going back so often (my grandfather on my dads side and I were very close) that I would be standing a few houses away walking towards it. And run into more spirits outside. As if it was another day in the neighbourhood. The people who were friends with my grandparents across the street, relatives down the street I never knew of (my mother had to fill me in once I gave full names). And just people who lived whom passed in the area. I had one lady come up to me and pinch my cheek and say "So your the one who can see us and interact with us." (in a somewhat heavy Italian accent) I said, "yes..."

I will clarify the way I dream/journey its very vivid. Smells, feeling pain, sight, sound and high detail. For example: seeing skin close up detail or retain written word or images to add to my journals.

I have not gone much anymore in the last year. In the past I was more called or pulled there. Now with how my own life has changed recently I go for more quick visits or if messages need to be given. However I will still be called there at times and go.